Born in the outskirts of Paris, Daniel Buren is considered as one of the most important French artists working today. Throughout his career, he has questioned the nature of art and challenged conventional assumptions about the museum space.

Daniel Buren made a breakthrough in 1965 when he started working with the striped industrial fabric that has since formed the basis of his artistic vocabulary. Similar to the work of the Minimalists, that utilizes repetitive motifs and geometric forms, Buren’s work is intentionally impersonal. He chooses the stripe as his motif because it is so ordinary and devoid of illusion and subjective content.

In 1986, Buren created his most controversial public commission, today classified as a « historical monument »: Les Deux Plateaux for the Courtyard of Honour of the Palais Royal in Paris. The same year, he represented France at the Venice Biennale, where he was awarded the Golden Lion for Best Pavilion. In 2007, he received the Praemium Imperiale, which is regarded as the “Nobel Prize” for the Visual Arts. 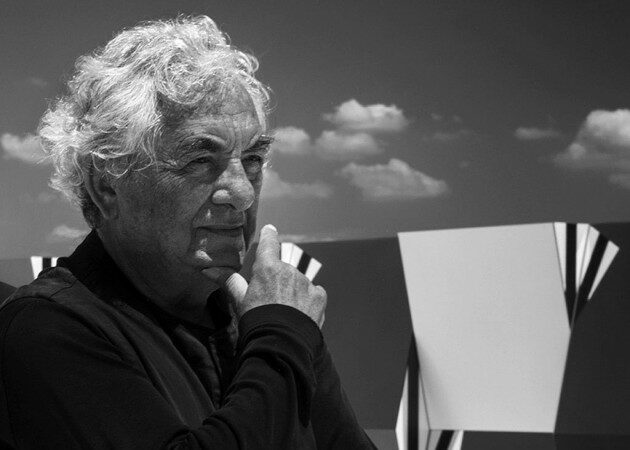 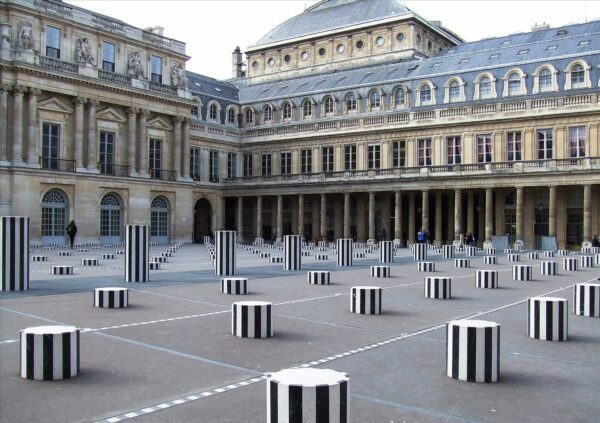