In his abstract works, Höller crosses the border of entertainment to question the notions of identity and language. The Punktebild series takes as a starting point an experiment carried out in the 1970s at the University of Uppsala, which aimed to prove that the human eye needs only very few landmarks to discern movement and form, the artist tests the limits of perception and representation. 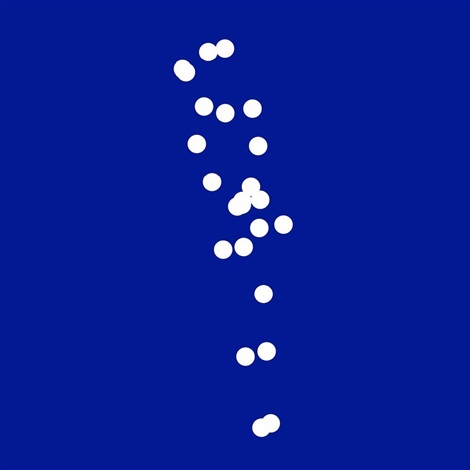