Born Eduarda Emilia Maino in Milan in 1930, Dadamaino studied medicine before becoming an artist. Known for her black-and-white hole paintings, she is recognized as a pioneer of the Italian avant-garde, joining Milan-based experimental group « Azimuth » founded by Agostino Bonalumi, Enrico Castellani and Piero Manzoni from 1959.

In the 1960s, Dadamaino created Spatialist objects synthesizing color, space, and movement, and realized a serial analysis of the solar spectrum’s chromatics. In the 1970s, In the 1970s, her work took on a different direction as she developed a set of invented signs. She turned to text-based art, creating signs resembling letters with repeated text, notably in L’Alfabeto della Mente (Alphabet of the Mind) from the late 1970s, and Fatti della Vita (Facts of Life), shown at the Venice Biennale in 1980. 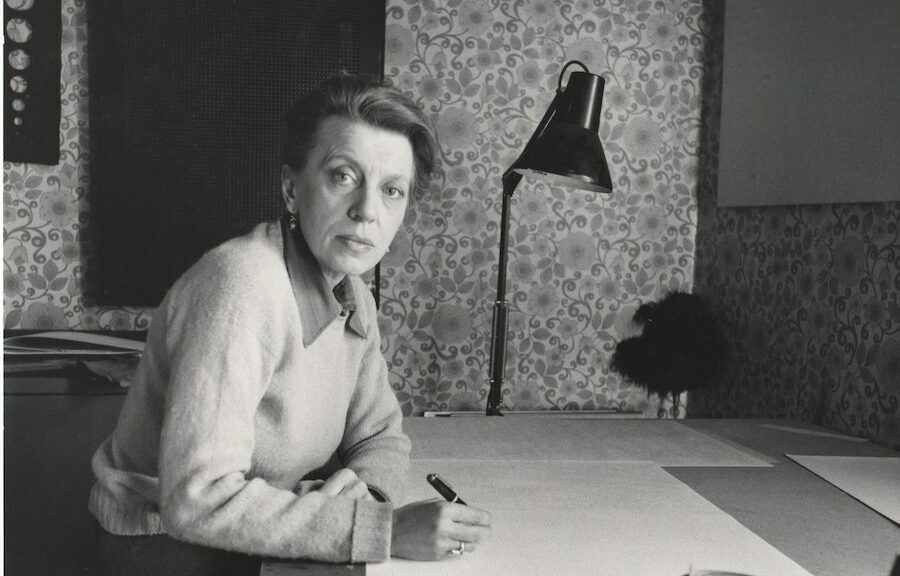