Born in Guadalajara, Spain in 1932, Francisco Sobrino studied at the Escuela de Arte y Oficios, Madrid, before moving to Argentina, where he attended in the National Fine Arts School, Buenos Aires, until 1957. In 1959 he moved to Paris and began to explore visual art, pursuing studies concerning the structure and dynamics of form, as well as color and perception.

In 1960, along with Julio Le Parc, François Morellet and others, he formed the Groupe de Recherche d’Art Visuel (GRAV), active in Paris until 1968. The group’s ethos centred on emphasising the social function of art, which they believed should no longer be seen as an individual product, but rather as a collective product.

In 1964 Sobrino exhibited at the Documenta, Kassel, and the following year he took part in the exhibition The Responsive Eye, held at The Museum of Modern Art, New York. 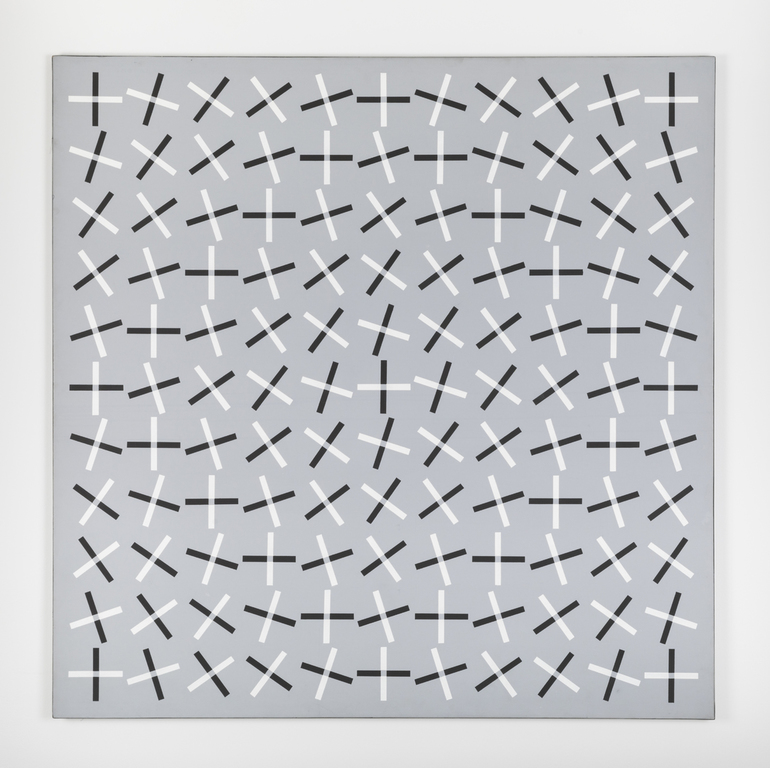