Born in1936 in Malden, Massachusetts, a suburb of Boston, Frank Stella studied art and history at the Phillips Academy, Andoverand at Princeton University. After graduating he moved to New York City, where he supported himself by painting houses.

Stella’s explorations began with his series of black « pin-stripe » paintings, which created a furor in the New York art world in 1959. That year, at age twenty-three, he was the youngest artist included in the Museum of Modern Art’s exhibition Sixteen Americans. Stella’s method of working systematically in a series emphasized his problem-solving approach to painting. He arranged flat color fields into repetitive, geometric patterns and created all-over, non-illusionistic surfaces. His logic, control, and extreme reductionism prefigured minimalism.

Stella continued working in an austere style through the early 1960s, but gradually his canvases assumed curvilinear shapes and a bright palette. In the 1970s he moved from works on flat surfaces to compositions which projected out from the wall. First Stella made collages, then shallow reliefs, and finally fully spatial constructions like the Circuit series. The complex shapes and the colorful, painterly marks of more recent work refer to the gestural abstract art of the 1950s. While the scale and size of Stella’s works have become grander, the process has become more spontaneous. The artist continues to push the relationship of figure and ground to the point of minimizing the ground. The result is sculptural. 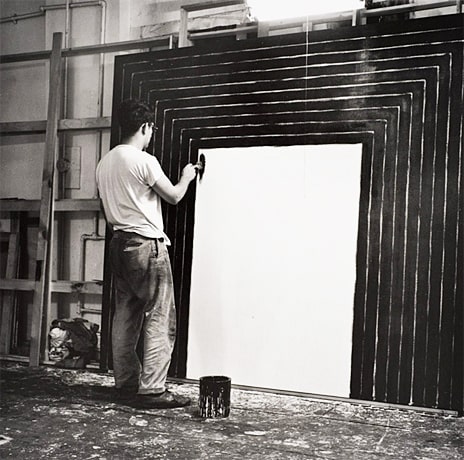 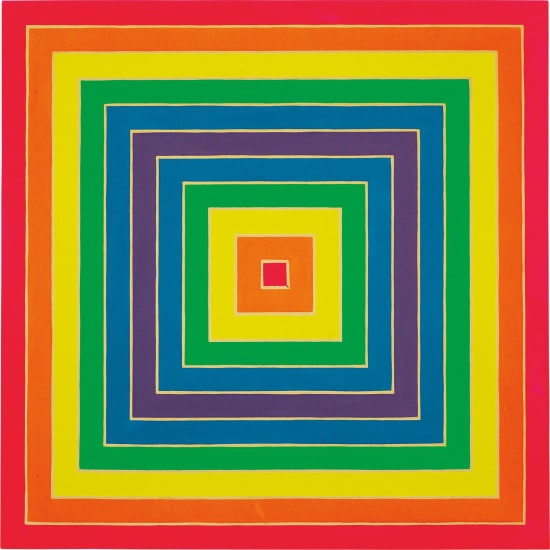