Born in 1937 a few kilometers from Niagara Falls, Robert Mangold is known for his monochrome canvases with simple shapes that perfectly illustrate the minimalist slogan: no illusion, no allusion.

After studying at the Yale School of Art, Robert Mangold moved to New York in the early 1960s, where he became a custodian at the MoMA library, which allowed him not only to support himself but to get acquainted with fellow artists Dan Flavin, Sol LeWitt, and Robert Ryman. Driven by the same desire to challenge the expressionist or pop vision of their time, they each redefined in their own way the very notion of a work of art.

Fascinated by architecture, Robert Mangold freed himself from the rectangular format of the canvas. “Form is the first element of my work. I wouldn’t say it’s the most important, but it all starts there, » explains the artist. 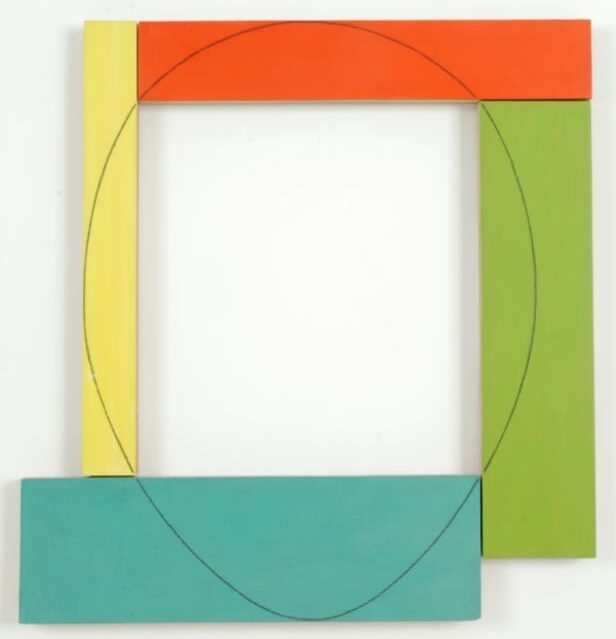