Born in 1915 to Italian parents in La Plata, the capital city of the Buenos Aires province in Argentina, Luis Tomasello is a pioneer of Op Art.

Working with his father from an early age as a bricklayer, carpenter, and painter, Tomasello found his inclination towards the arts early on. From the age of 14, he attended evening classes in drawing, and from 1932, he enrolled the Escuela Nacional de Bellas Artes Prilidiano Pueyrredón in Buenos Aires. That is how he met Carmelo Arden Quin, one of the figures of the avant-garde Grupo Madí, who introduced him to abstraction and encouraged him to travel to Europe.

In 1957, Tomasello moved permanently to Paris. There, he became involved with the Lumino-Kinetic movement, working alongside artists like Takis, Mack, Tinguely, and Soto. Seeking to move beyond the principles of Madí, Tomasello created a unique body of work transcending minimalism, constructivism and conceptualism.

Tomasello’s white-on-white abstract geometric constructions called « Atmosphères Chromoplastiques » focus on the use of light to create the illusion of movement. They were exhibited at Denise René gallery from 1958. He then participated in all the major international events focusing on kinetic art in the second half of the 20th century, including the groundbreaking Bewogen Beweging (Stedelijk Museum, Amsterdam/Moderna Museet, Stockholm, 1961), The Responsive Eye (Solomon R. Guggenheim Museum, New York, 1965), and Lumière et Mouvement (Musée d’art moderne de la ville de Paris, 1967). 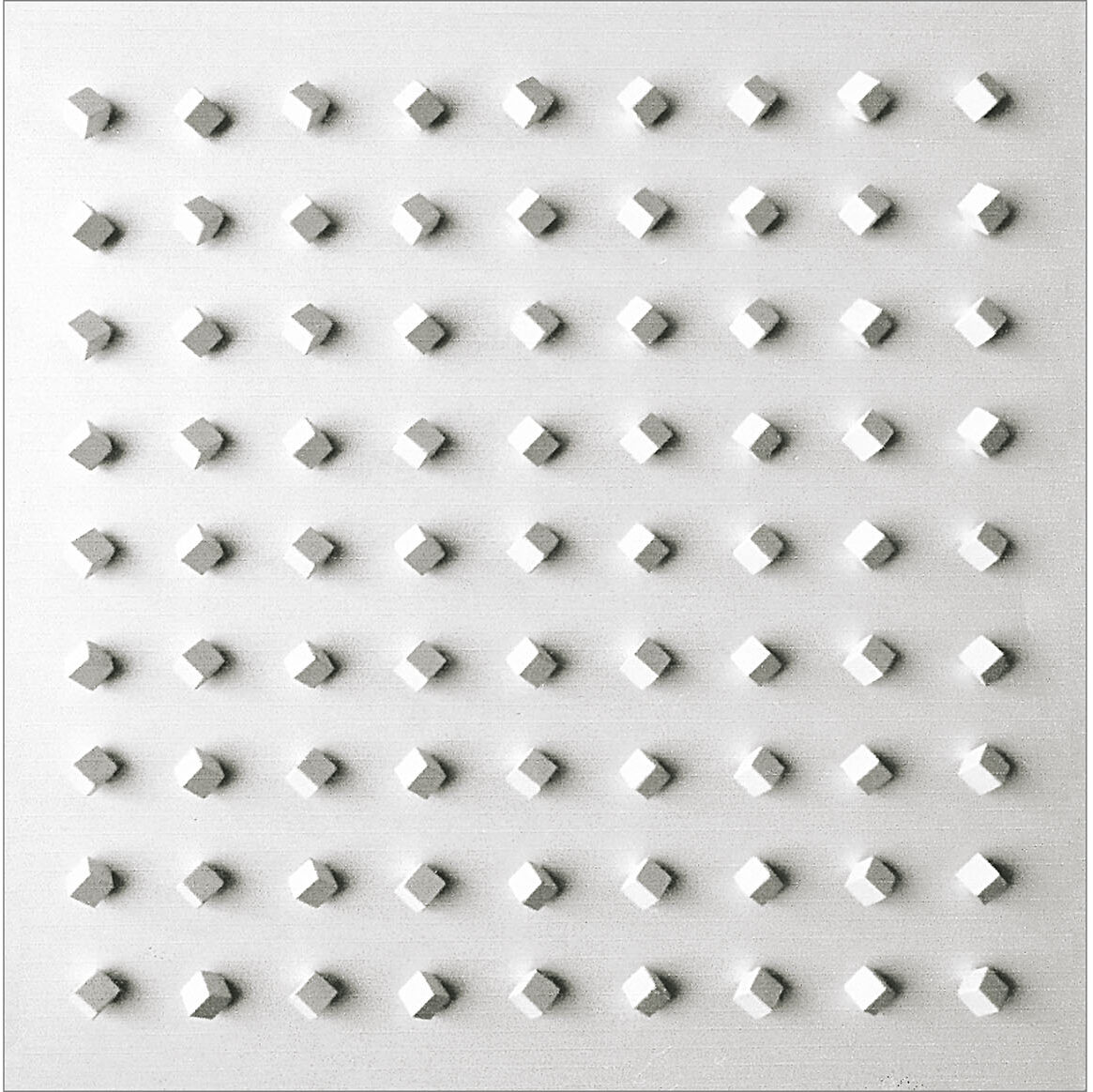