On the occasion of the Venice Biennale’s 58th edition and following a proposal by art historian Matthieu Poirier, Panoptès has commissioned the recreation, fifty years later, of the Waterwalk (1969), a floating sculpture conceived by the avant-garde Eventstructure Research Group. The event happened on the Laguna, right in front of the Pinault Foundation’s Punta Dogana.

Created in 1967, the Eventstructure Research Group was formed by Jeffrey Shaw, Theo Botschuijver and Sean Wellesley-Miller. The Waterwalk invention is a 3-metre-high tetrahedron-shaped balloon made from transparent PVC sheeting. A watertight zip allows people to enter and be sealed inside. When this lightweight structure is inflated with air, one or more persons can “walk on water” by stepping and rotating it like a wheel over the water’s surface. The large volume of air in the balloon allows the occupants to enjoy the experience for some time and, whenever they wish, they can unzip and let themselves out. Lakes, rivers and the ocean are typical locations where the Waterwalk was shown, including on the seashore during the Brighton Festival England. It was also featured in the James Bond film ‘Diamonds Are Forever’, where it first dropped from the sky on parachutes.

Activated by the spectators from within, the interest of the Waterwalk is that it transforms the traditional notion of a sculpture as a speculative object into an active affordance of immersive experiences. It redefines the user’s physical modality of being in the world by providing a prosthetic capability that locates the body in a new condition that is an operative expression of new values.

In parallel to this happening and in extension of his book Suspension. A History of Abstract Hanging Sculpture. 1918-2018 (Skira Éditions, 2018), Matthieu Poirier has kindly given a thorough lecture titled Flotation, tackling a little-known sculptural category of the 20th and 21st centuries. He showed us that whether aquatic, that is to say placed on water, or aerial, that is to say suspended, floating works have established a new aesthetic of instability. By playing with gravity or exploring vacuum and liquid matter, artists such as Duchamp, Calder, Bourgeois, Neto or Eliasson have indeed created an unprecedented tension in the traditional relationship of sculpture to time and space. Through exceptional loans from institutions and international collections, their works have been presented in 2018 in the 1.500m2 space of the Palais d’Iéna in Paris and at Olivier Malingue in London. 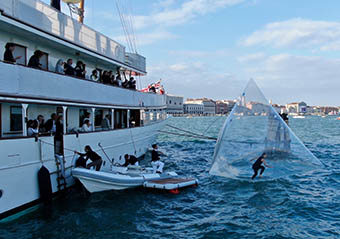 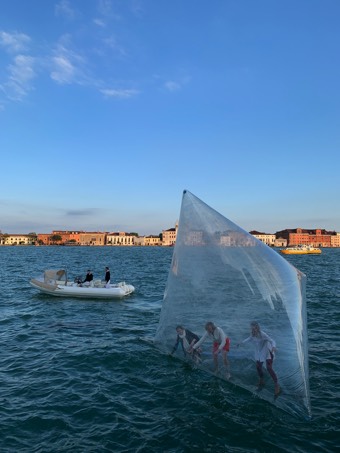 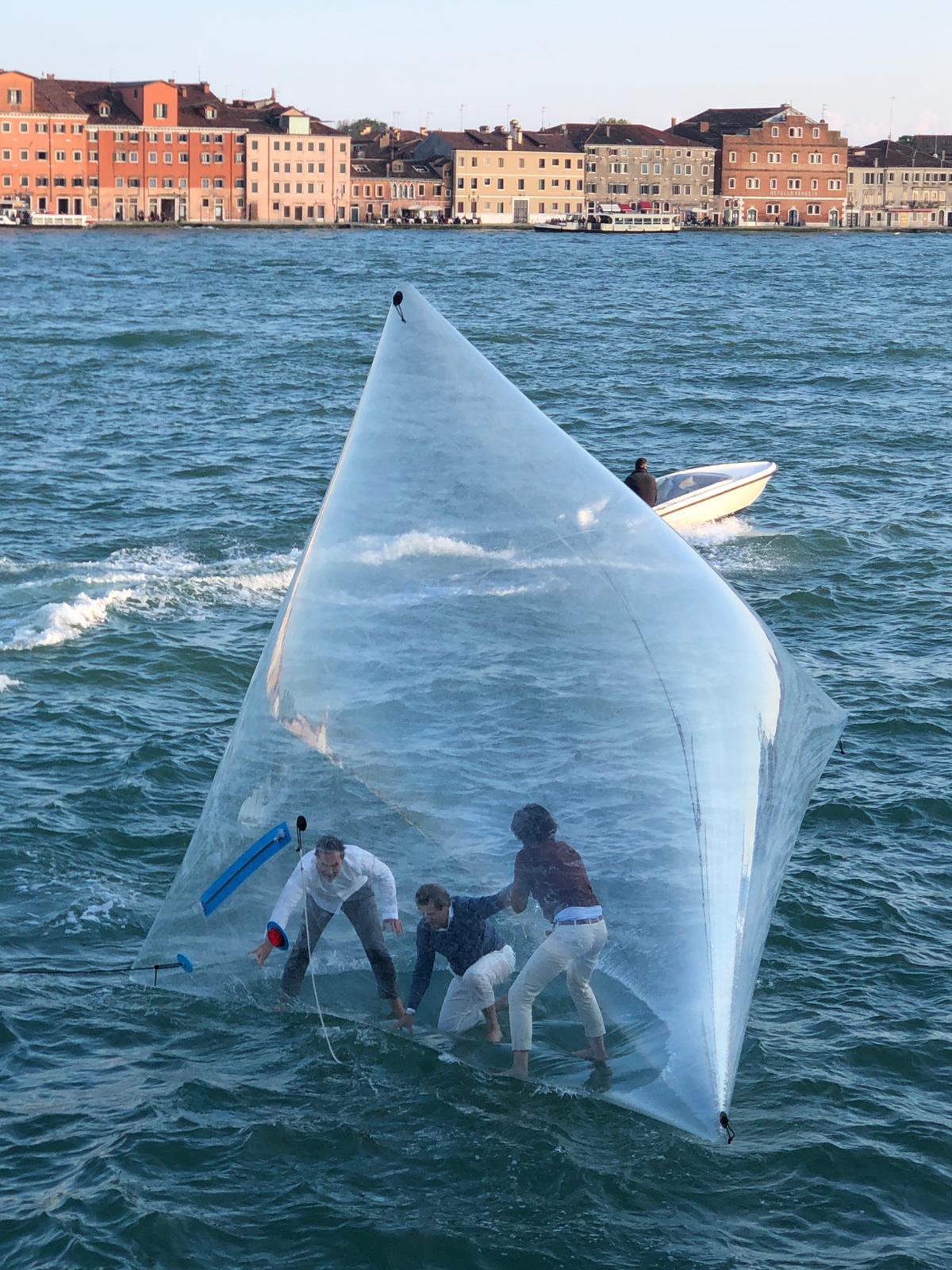