Artifices offers two views of the same event: a firework. Shown on a loop, the colour film installation is conceived as a diptych (split-screen) that alternates, and sometimes juxtaposes, close-up shots of the onlookers experiencing the event within the crowd and larger views of the firework seen from afar. The soundtrack oscillates between clear-cut thunderous sounds embedded in silence in the distance, and moments of immersion drawing the viewer into the very heart of the spectacle where music resonates against the murmur of the crowd. In Artifices, Joachim Olender interrogates the tension between the elusive nature of the spectacle and its enduring representation, a concern that can be traced back to the earliest visual documentation of fireworks in the sixteenth century.

Artifices is accompanied by a series of photographic prints entitled Tableaux. Each ‘tableau’ is a film still from the video installation, with footnotes printed along the lower edge of the image – a succession of enigmatic references to flowers, stars, colours or metals. In the course of his research, Olender was able to retrieve the technical protocol followed by the artificers. Divided into ‘tableaux’, the firework spectacle is carefully planned and each reference corresponds to a specific shape from the sequence of pyrotechnic effects.

This is the first artwork commissioned by Panoptès.

Born in 1980, Joachim Olender is a filmaker and visual artist who lives between Paris and Brussels. Interested in the idea of fictional archive, his work evolves around the concepts of flaw and stories with gaps. In 2010, he joined the Fresnoy National Studio of Contemporary Arts where he directed his first films. In 2013, he collaborated with Camille de Toledo and Grégoire Hetzel on the video-opera The Fall of Fukuyama (2013). In 2014, he directed The collection that did not exist, a documentary about Belgian collector Herman Daled and his collection of conceptual art, which won the Grand Prize at the 34th International Festival of Films on Art in Montreal. Most recently, Olender has directed Le Chêne de Goethe, Film by Samuel Beckett and Artifices – as tools to understand the filmic apparatus. He is currently completing his PhD at Paris 8 and Le Fresnoy. 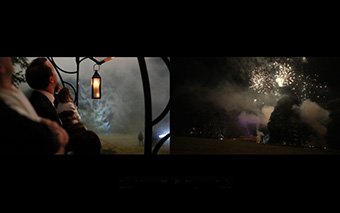 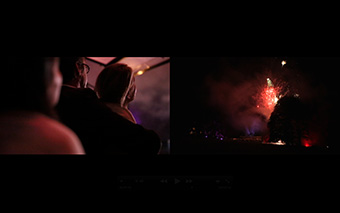 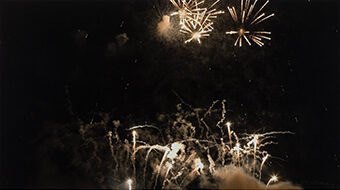